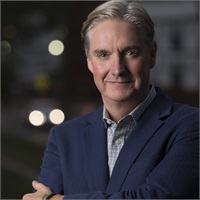 It’s not enough to let people manage your money just because they are 'nice guys'.

It takes experience. Since 1989, we have helped more than 5,000 people with their investments.

Mr. Ford was dubbed the "Shaman of Wall Street" by the Washington Post and The Economist Magazine referred to Lawrence as a “man of two worlds". NPR named him “The Finance Guru” and the Retirement Income journal recently dubbed him as “The Spiritual Advisor”. He has dedicated much of his life to being a bridge between the modern world of business and the ancient world of wisdom.

Mr. Ford has had a long estimable career as an Entrepreneur, Financial Advisor, and Consultant, helping both large organizations and individuals through transition and crisis as top leader and consultant in the Financial Investment Industry and through his speaking and private practice.

In 1998, Ford was named one of six people to form the Citigroup Advisors Committee, which was tasked to oversee the marketing and cross-selling challenges that resulted from the historic $70 billion merger of Travelers and Citibank.

He is known as a leader on the best practices of what the industry calls 'client retention and cross sales' processes. Because of this, he has been called-in to assist with several large, complex, international financial services organizations during their times of crisis and transition.

In 2001 Mr. Ford was also one of the leaders in what the industry now calls “Robo Advisors” while he was he Senior Vice President for a hundred-person early stage company called Direct Advice. In 2008, Ford was engaged as Senior Vice President of Investment Services to head-up the investment management business for a national retirement plan administration and investment management company with $10 billion of AUM. In 2011, he worked with GuidedChoice and the esteemed Dr. Harry Markowitz(Nobel Prize winner for Modern Portfolio Theory) to help democratize financial advice for retirement plan participants via advancements in technology.

Additionally, Ford has published articles in numerous business periodicals, and has been a featured speaker at events and conferences including The Stanford University Entrepreneurial Conference, and a keynote at Quinnipiac University's Dean's Distinguished Speakers Series. Ford was one of the first state appointed Patient Advocates for nursing homes in the State of Connecticut and has devoted over 15 years designing, funding, and championing Word-Start - and early child reading and empowerment program.

He is passionate about preserving and promoting ancient wisdom for modern times through his writing and teachings, and by leveraging the power of money to help make the world a better place.

"Creating Conscious Capital Wealth Management has been a dream of mine. I came back into this industry with a mission to be the change I wanted to see in the Financial Advisory Business. I am incredibly proud of the great team we continue to attract. I am confident that – together – we will help many individuals, couples, and families to reach their utmost potential in many areas of their lives.

I invite you to join with us on this historic journey."